Yoga and The Angry Black Man 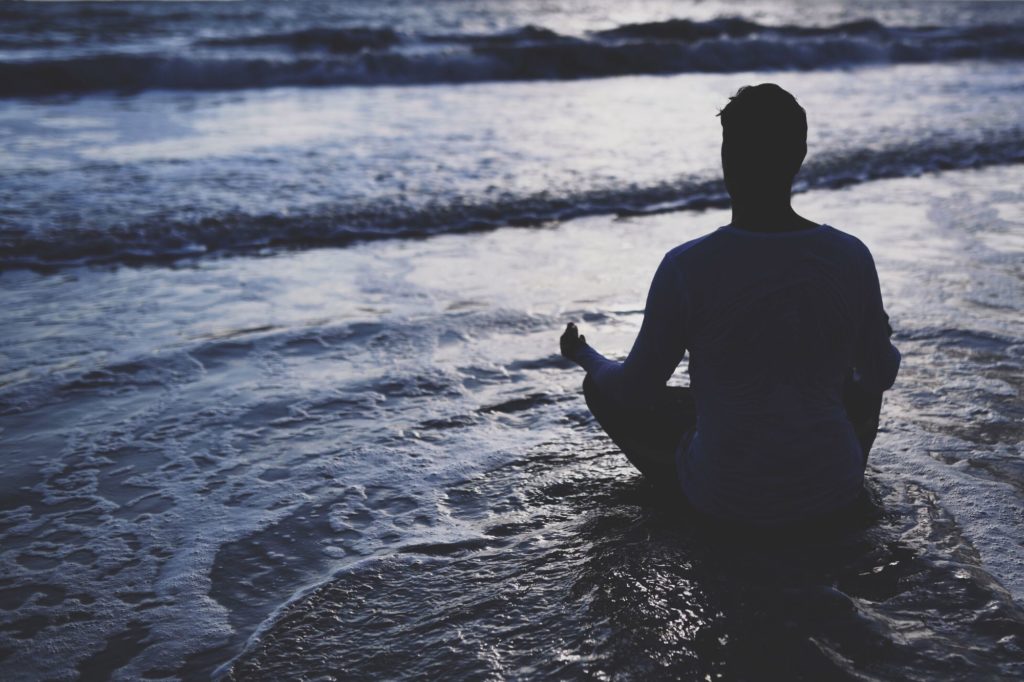 In the fall of 2002, I was 220 pounds, starting a new career as a performer, freshly dumped by my upwardly mobile girlfriend, and kinda homeless. It was a confusing, disappointing time in which I was either regretful or worried at any given moment.

Oh, and angry.  Constantly angry.  So very, very angry.  Life after college was not going as well as the commercials and most sitcoms told me it would.  There were no cool jobs with quirky bosses available, and apparently all the dope apartments with open floor plans and sick views of vibrant neighborhoods were taken. Well, my new ex-girlfriend still had the one that I found, but she said that we had to “figure things out in separate spaces.” Also, her credit was better.

Not long after I was settled into my new place with some gracious castmates, we took a trip to a big-box store to grab things for the house.  On a pop-up shelf next to some ridiculously fluffy towels, I found a marked-down copy of AM Yoga & PM Yoga, a two-volume VHS (yeah, that’s right) box set from a guy named Rodney Yee. I had already tried a couple of those Tae-Bo tapes in college, so I figured that yoga was a slow version of that. As far as I could tell, it was all about stretching, and all the other things that you were supposed to do to lose weight in the late 90s required too much hip-hop in tight-fitting neon clothing.  And at nine dollars, it was a solid investment that I could try privately in my bedroom.

The tapes sat on top of my player for the first two months I had them – wrapped up in cellophane while I was wrapped up in self-loathing.  Then one Monday morning was the Monday morning that I made good on that promise to start.  Even though I was going to be in my own room, I got up before anyone else in the house was awake, sliced away the wrapping on the tape, and slid the AM Yoga tape into the machine.  Once the self-tracking kicked in and the static bars faded (HA!), I could read the advisory guide, scrolling up the screen like it was setting up the beginning of Return of the Jedi:

“To perform this workout, you will need:  a yoga mat, two yoga blocks, and a yoga strap.”

I had none of those things. I barely had a futon, let alone a whole soccer mom’s worth of yoga accessories.  What the hell? I thought. People do yoga on the floor, right? Who needs a mat if you’re already on the floor!!??

Typically, this lack of tools would be all I needed to craft a solid excuse to quit.  But instead, I looked down at my belly and listened to my labored breath for a while.  I thought about living another day not doing anything to change my life.  And in the cold darkness of my new bedroom for one, I found the words that conjured my finger to tap the Play button:  “Eh, whatever.  It’s not like you’re going to pull a muscle or anything.  It’s yoga.  Just fucking try it.”

I did eventually by a mat and blocks, but still use a belt for a yoga strap.  I never made it to that PM Yoga tape of that first set, but I did find other tapes, lessons, apps, and live classes that always made me anticipate starting them with an anxiety that  melts away with the first breath of every practice.  It has allowed me to think more about myself than we are taught to.  Yoga keeps my blood pressure low and my hips open.  And, most importantly, yoga helps me separate from my mind, and see it for the tool that it is.  I’m certain I’m still no good at it.  But, yoga has been good to me.

Rodney Yee’s masterpiece is still available. I recommend practicing it in the original  VHS format.  When it comes to learning how to downward face that dog, nothing beats vintage.